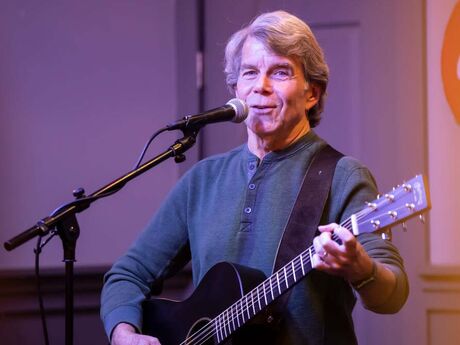 _      Classic Rock Music from the late 50’s into the 80’s an extraordinary voice with three part harmonies plus great acoustic guitar work adds up to Paul Strowe.
Throw is a sense of humor (Johnny Cash does the Bee Gee’s? Willie and Julio?)  to entertain any audience and there will always be a great time had by all.
.
Paul has made his living exclusively in music for more than 45 years.
He has opened for national recording artists like Joe Perry(Aerosmith),Livingston Taylor, Orleans,
Edgar Winter,and comedian Robert Klein just to name a few.
Be it in concert, a neighborhood tavern, festival or cruise ship, on a scale of 1 to 10……………
Paul Strowe is an 11!